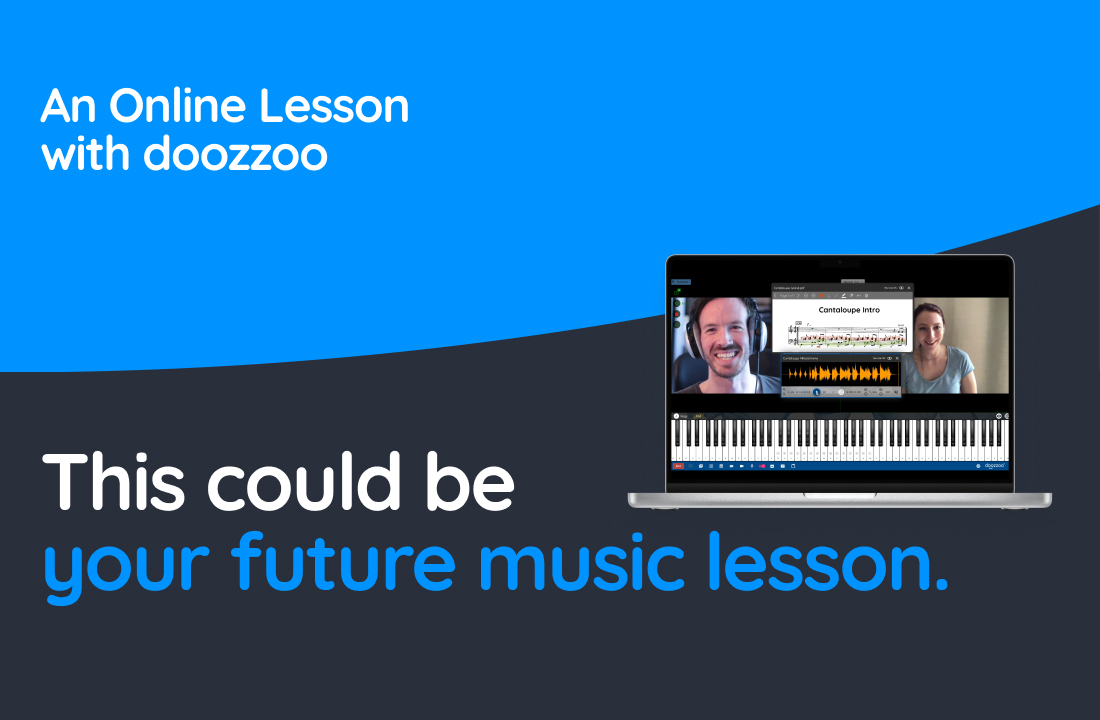 Are you looking for an effective way to take piano lessons online? doozzoo has the tools to help, but how can those features be applied in real-life teaching situations? To demonstrate this concept, Dominic and Maggy have simulated a lesson.

In it, Dominic acts as an instructor while providing insight into doozzoo’s capabilities. Meanwhile Maggy steps up as his student so they can experience these offerings together firsthand! Watch their full video (in German language) on our YouTube channel today!

Find the whole video (in German language) on our YouTube channel.

Dominic starts the demonstration in the Media Library, opening up some cool sheet music from “Cantaloupe Island”. The PDF appears like magic in the video window – Dominic then brings it into focus by moving and zooming until just one line is left.

With a click on the two rings, he allows Maggy to join him on this musical exploration as she can now also see all those notes!

Dominic wants to make sure Maggy knows exactly where she needs to put her focus, so he uses the handy built-in marker. With it, he’ll indicate which of the two lower bass parts in their sheet music should get some extra attention during practice.

Dominic and Maggy are making music together, even though they’re miles apart! They have connected their MIDI pianos to the computer so that each can use doozzoo’s virtual piano. When one plays a note, the other hears and sees it in real time!

Dominic takes control, setting the tempo and tone while Maggy follows suit. With a clicks on play-direction button, Dominic enables local latency correction to ensure that Maggy’s performance is perfectly in sync with the metronome being played on her computer.

Create Small Playbacks with the Recorder

Dominic records the middle voice with the recorder to consolidate the bass line. He names the recording so he can find it again and saves it in the media library.

To allow Maggy to practice at home, Dominic uses the sharing options in the Media Library. By clicking on the “Share with” icon, he shares files uploaded to the Media Library and recordings created in doozzoo with his students. These files automatically appear under “shared with me” for the students. 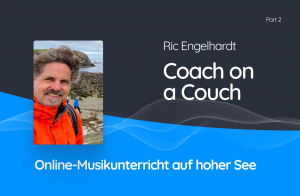 Online Music Lessons on the Sea | doozzoo on Board with Ric Engelhardt (Pt. 2)

Here comes the second part of the Coach on a Couch special: “doozzoo on board a ship.” Ric Engelhardt is musically versatile on stage and 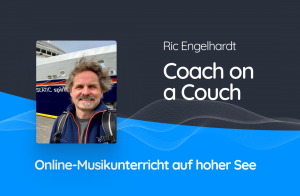 Online music lessons at sea | doozzoo on board with Ric Engelhardt (Pt. 1)

For today’s special episode, we have a fascinating guest again. Ric Engelhardt is a studied jazz pianist, keyboarder, and much more. Live from Berlin, he 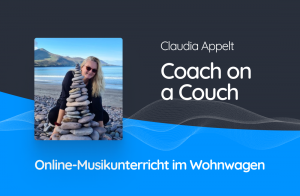 In this episode, our guest was Claudia Appelt, with a degree in instrumental pedagogy. She has taught recorder and transverse flute at music schools, and 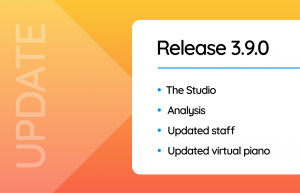 We have been developing for you! 🏗
Today we have some very cool new features for you! They’ll help you incorporate music theory into your lessons in a fun way.

Naturally, doozzoo is suitable for any type of instrumental or vocal lesson. And whether Classic, Jazz or Pop: doozzoo works perfectly for all genres.